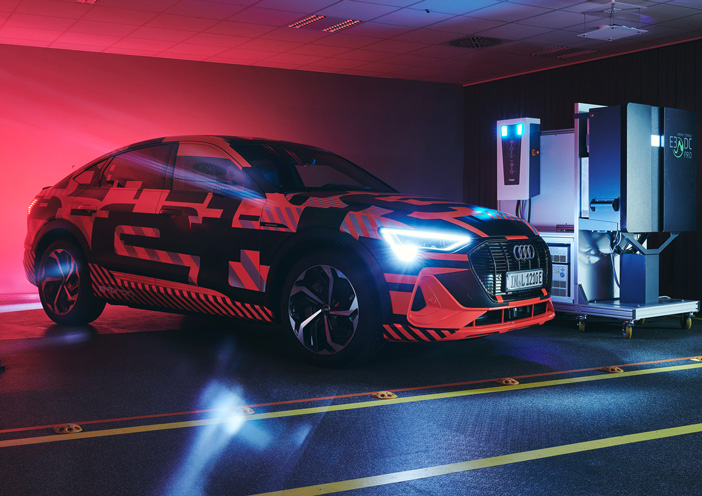 AUDI AG is planning a large-scale expansion of the charging infrastructure at the Ingolstadt plant, which Hubject Consulting has already been involved in since the conceptualization phase. The growing BEV and PHEV penetration among the workforce and in the firm’s vehicle pool is leading to increased electricity demand. In order to avoid uncontrolled charging and additional energy procurement costs, a concept is to be developed, which dynamically controls the charging infrastructure on site.

Together with a team of software developers, Hubject Consulting designed and developed a Smart Charging Management pilot system that dynamically controls the charging infrastructure on-site to avoid peak loads and, as a result, additional energy procurement costs. Initially, the focus was on an in-depth analysis of the current situation. Subsequently, requirements for the system and the target architecture were determined.

In the next step, Hubject Consulting developed a market benchmark of smart charging solutions. Based on the insights gained thus far, Hubject Consulting began algorithm and API development in parallel. Finally, the project was completed by the planning, roll-out, and end-to-end testing of the pilot solution.

Thanks to the developed Smart Charging Management System, peak shaving as well as emergency-stop functionalities are now in place. That enables yearly savings of up to EUR 12m in energy procurement costs. Prioritizing charging processes across different user profiles is now also possible.

Hubject Consulting also developed a user-friendly front-end that displays at a glance all important information about the Smart Charging Service. The dashboard shows plant utilization and EV charging in both grid areas on-site, as well as charging groups and individual charging points. The integrated control panel allows the manual shut-down of all charging (emergency stop scenario) and the manual adjustment of individual charging processes and limits.